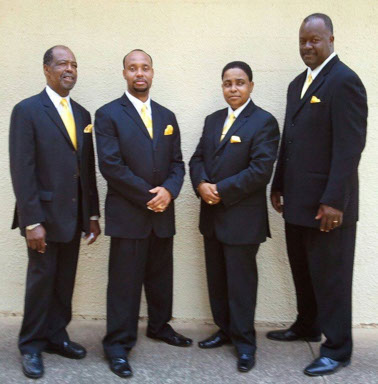 Our Mission: Collins Funeral Home, Inc. is committed to providing a thoughtful service that will help lighten the burden of grief, and we are hopeful that the quality of service will merit the approval and friendship of those whom we serve. A range of affordable selections are available as we seek to meet individual needs.

In Jackson, Mississippi the funeral service business for African-Americans began in the late 1880’s. The business was Lyman and Harvey undertakers at the corner of Pearl and Farish Streets. Lyman came from Vicksburg, Mississippi where he had also started a funeral home. He and Jack Harvey sold their business to G. F. Frazier who operated from 406 North Farish Street beginning in 1903. Records from this year forward are maintained by Collins Funeral Home.

Also in the late 1880’s, Malachi Collins and E.W. Hall established a funeral service business, Hall and Collins Funeral Home, in Hattiesburg, Mississippi. This was the first funeral home owned by African-Americans to service the African-American population.

In 1924, as G. F. Frazier prepared to move from Jackson to Cleveland, Ohio, he sold his business to Malachi Collins and his wife Mary A. Collins. For many years, although owned exclusively by Mr. and Mrs. Collins, the company was known as Frazier and Collins Funeral Home. The Collins Burial Insurance Company was established in 1925.

Clarie Collins Harvey, the only child of Mary and Malachi Collins, joined her mother in management of the business in 1950. The Frazier name was dropped and the business became known as Collins Funeral Home, Inc. Mary A. Collins remained president and CEO until her death in 1970 when her daughter assumed these responsibilities.

Since Clarie C. Harvey had no children or siblings, she developed a close relationship with some of her many cousins. Two of them joined her in the business: Ralph E. Collins in 1963, and his sister, Annette Collins Rollins in 1973. They have owned and operated the Collins Funeral Home and Insurance Companies since Mrs. Harvey’s death in 1995.

Collins Insurance Company was formed to offer burial insurance to people of color in the community at a time when standard life insurance was not available. Mrs. Harvey took this service a step further by offering to Collins’ patrons a funeral service for these limited amounts. In an effort to meet the needs of our changing society, Collins now offers life insurance in face amounts up to $5,000, and has continued the burial insurance allowing patrons the opportunity to upgrade. Prearrangements are also available for those who want to assure that their needs are met and to lighten the burden on loved ones.

Some of the innovative ideas Collins brought to the Jackson, MS area, included the use of funeral attendants, an all-white fleet, a black and gold fleet with black and gold uniforms to match for funeral directors and assistants, placing the deceased in the church an hour ahead of the service, the Collins Northside Chapel and Abundant Living Center established in 1990 to accommodate weddings, worship services, special events, as well as funerals.

Collins Funeral Home, Inc. continuously strives to live up to its slogan and motto:

Service By COLLINS
Love Is Forever.

Since 1903
Leading the way in providing final arrangements, services with dignity, respect, and the integrity you
have come to expect from … COLLINS FUNERAL HOME, INC.